September 29, 2022 Moscow is preparing for the annexation of the four regions where the Kremlin recently staged the circus act they call "referenda." The demonstration in support of the annexation is set for Sep 30, and the sessions of the Duma and the Federation Council are set for Oct 3 and 4, respectively. It … END_OF_DOCUMENT_TOKEN_TO_BE_REPLACED

September 13, 2022 The Ukrainians have slowed down a bit, but that's only relative to their breakneck speed over the past week. The counter-offensive continues. Northern Front Kharkiv Oblast: almost entirely liberated. The Russians failed to construct defenses on the left bank of Oskil River, and the Ukrainians have crossed it in several places. Luhansk … END_OF_DOCUMENT_TOKEN_TO_BE_REPLACED

June 20, 2022 It has been several days since my last update, so it's time for some analysis of the war in Ukraine and its global repercussions. As usual, we begin with an operational update, starting from the North, with Kharkiv. Unfortunately, the RFA has made some small advances toward the city, which has now … END_OF_DOCUMENT_TOKEN_TO_BE_REPLACED 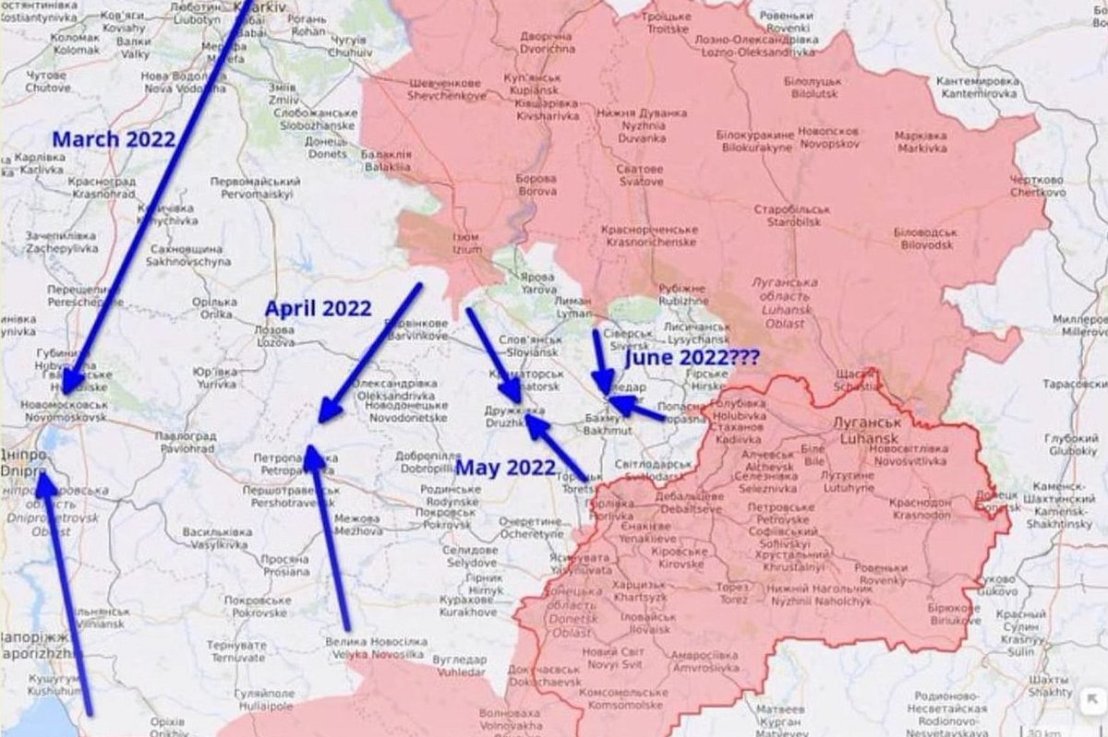 May 15, 2022 All three of the western encirclement attempts failed, and now the Russians are throwing everything they have into the last-ditch attempt to finish the conquest of Luhansk region (they control about 90% of it already). They seem to have abandoned -- for now -- the idea of getting to the administrative border … END_OF_DOCUMENT_TOKEN_TO_BE_REPLACED

May 3, 2022 Here's some dose of reality to the people cheering how Russia is going to come out stronger and better from its fight with the world. The Russian Transportation Ministry has developed a strategy for domestic aviation until 2030. It will cost about 627 billion rubles and its goal is to produce 1,000 … END_OF_DOCUMENT_TOKEN_TO_BE_REPLACED